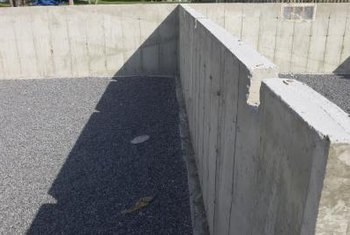 The cost of building a foundation varies greatly depending not only on the type of foundation in question, but also on the location where the foundation is built. Like most building costs, the cost of a foundation fluctuates from region to region, and the overall cost of a particular foundation will be influenced by both the complexity of the job and the local building market.

A slab foundation consists of a flat, cast-concrete slab that rests on a perimeter stem wall, which in turn rests on a below-grade footing. The cost of building this type of foundation includes excavation of the site, grading of the site and the addition of a gravel base layer beneath the slab. The budget will also include material and labor costs associated with building forms for the concrete, casting the footers and stem wall, and pouring and finishing the slab. At the time of publication, the cost of a typical slab foundation for a home between 1,600 and 1,800 square feet ranges between $7,000 and $16,000.