You can’t underestimate the power of flowers to cheer people up, even in a pandemic.

“It’s thoughtful, it’s refreshing, it’s something bright, natural and healthy,” says Jeff Gordon, the owner of Sarasota-based Suncoast Florist. “A number of our local customers comment that you just want something bright and fresh in your home.”

As more people choose to spruce up their houses or the houses of friends and family members with flower arrangements, some flower-related businesses in the area have gotten a boost during portions of the pandemic. But recent months haven’t all been rosy — florists have seen their share of sales fluctuations. Plus there are new precautions to take when delivering flowers to homes, hospitals, assisted-living facilities and other locations. Throw in a rose shortage, and they’ve got a whole bouquet worth of challenges.

Gordon says the uncertainty that filled people’s minds in March and April led to a downturn in business. “We missed the Easter season, which was a pretty good hit, but we recovered as soon as possible,” he says. “Mother’s Day was just overwhelming. It was astounding.”

For his customers and customers nationwide, sending Mom a flower arrangement was still a safe way to mark the occasion during the pandemic. “Mother’s Day is the big one for sure,” he says. “Probably close behind that is Valentine’s Day. We just slipped that in before everything got crazy.”

Michael Longo, the owner and designer at Naples Floral Design, says that since closing and then reopening toward the beginning of the pandemic, his store has gone through some changes. He reconfigured the retail area to make space for a designer, so employees were more separated. He also added tables outside, so customers could pick up orders without coming in.

Like at Suncoast Florist, Mother’s Day was good for Naples Floral Design, too — better than last year even. “It was a blessing because we got destroyed in March and April,” Longo says.

Stephanie Newton, the owner of Tampa-based Posies Flower Truck, seized the moment during stay-at-home orders, delivering more than 600 bouquets. “I guess people were just using that to reach out to people they couldn’t see and for special occasions they couldn’t celebrate together,” she says.

Newton’s flower truck pops up twice a week at Hyde Park Village, an outdoor shopping area in Tampa, and visits other locations in the area, giving customers the chance to build bouquets. This summer, traffic for the truck has been better than ever at Hyde Park Village. “People are spending more time at home,” she says. “Making a little excursion to the flower truck is a fun outing. Having something beautiful and fragrant at home when you’re spending more time at home is a nice thing.”

She expects business to pick up even more in the fall, when she’ll start to visit additional destinations. Plus, she expects her delivery option to continue to be popular with Posies customers. “The delivery part of our business is still really big,” says Newton. “Before it was a small companion piece to the flower truck. Now deliveries are half of the business.”

There’s another plus for Posies during the coronavirus pandemic, too — the flower truck is an outside business. “I don’t think people are as concerned about being around a lot of people,” Newton says. “There’s plenty of space to spread out. Our business model works in a pandemic.”

She declines to share 2019 revenue but says that since she started the business in 2017, it’s grown each year.  “We have — even with the pandemic — exceeded last year’s revenue,” she says. “We’ve had a 20% increase in revenue year over year since we’ve been in business.”

One source of complications? Deliveries. “We’ve implemented all sorts of COVID-sensitive protocols in terms of deliveries,” Gordon says.

Suncoast Florist drivers wear masks, and when they drop off an arrangement at a house, they leave it at the door and step back to keep their distance. When Suncoast Florist delivers to a hospital now, instead of going inside, a hospital employee comes out and accepts the arrangement. “I’m very impressed that they have never stopped accepting floral deliveries,” Gordon says.

The company also makes deliveries to assisted-living facilities and nursing homes, though some facilities haven’t allowed deliveries during the pandemic. Among the facilities allowing floral deliveries, some accept them at the door, and some take drivers’ temperatures before accepting them.

Suncoast Florist also continues to provide arrangements for funeral homes during the coronavirus. “Many families couldn’t have any kind of a funeral service but wanted flowers for private viewings,” Gordon says. “It was busy there for a while for sure.”

For walk-in customers, the procedure has changed too. “We are not allowing them to come in as deep in the store as in the past,” Gordon says. And early in the pandemic, the shop only offered curbside pickup.

Flower arrangements are a key part of decor for weddings and events up and down the west coast of Florida. Now with many events canceled, postponed or downscaled, the floral industry is feeling the impacts.

Some of Suncoast Florist’s weddings and events were canceled right away. Then there was a period in the summer with no activity. Events, such as those hosted by area nonprofits, are still not back on the books for the most part. “Now we’re getting back to the point of small weddings, small venues, fewer people in bridal party and fewer centerpieces,” Gordon says. “It’s starting to feel closer to normal, just smaller.”

‘It’s thoughtful, it’s refreshing, it’s something bright, natural and healthy. A number of our local customers comment that you just want something bright and fresh in your home.’ — Jeff Gordon, Suncoast Florist

Naples Floral Design is experiencing something similar. Normally, the company does 100 weddings a year. In 2020, some have been postponed and others downsized. “Last week, we were able to do wedding of 100 people in Estero,” says Longo. “Most of them are smaller. … They’re downsizing, but people are still getting married.”

In normal years, December is a busy month for Suncoast Florist. Gordon expects it to be busy this year too, despite the pandemic and, in some cases, because of it. For friends and relatives who can’t gather for holiday celebrations, for example, flower arrangements could become a way to send their thoughts during the season, Gordon says.

For holiday parties and corporate gatherings, demand is harder to gauge, with many events likely canceled this year.

Suncoast Florist reacts to fluctuations in demand fairly quickly, Gordon says, because of Sarasota’s proximity to Miami, a major shipping destination for flowers. But despite that proximity, like many industries, floral businesses have had to contend with supply chain issues during the pandemic — particularly early on.

Suncoast Florist buys many flowers from Central and South America, and when countries there shut down, their farms shut down too. It took weeks for things to get back up and running. “We went through a rose shortage then a lily shortage,” Gordon says. “A couple of farms closed that didn’t reopen.” Now, he says, availability has stabilized more.

Newton, with the Posies Flower Truck, was concerned about supplies as well. When the pandemic hit, she thought she might not be able to get any flowers. “Then I started getting phone calls from floral farms in California,” she says. They offered to get products to her directly, without going through a middleman. Newton is also using logistics services to get products from other parts of the U.S. and Europe, and she’s been able to keep her truck stocked with blooms.

The pandemic has also pushed some florists to innovate. During the pandemic, for instance, Naples Floral Design started something new — it offered to bring special items to people who were separated from their loved ones, whether they were at home or in hospitals or nursing homes.

Customers called in with special requests, asking for specific things to be delivered, among them a Chicago-style pizza. Longo and his team also delivered teddy bears, brought people balloons for their birthdays and made up fruit and food baskets with items from the grocery store.

It’s one of Longo’s efforts to keep up with changing demands during the pandemic as sales fluctuate from month to month. But beyond the business implications of the virus, Longo knows better than most about the human toll.

In April, his father died from COVID-19. He didn’t get to see him before he died, and he still hasn’t been able to get to New York to see his mother because of quarantine restrictions.

That loss and that distance is part of the reason why he puts a great deal of effort into delivering items that express love, from food to flowers. He wants his customers to feel like their moms and dads are taken care of. “We just keep moving forward,” Longo says. “If someone calls me with a request, I’ll go get them anything they want.” 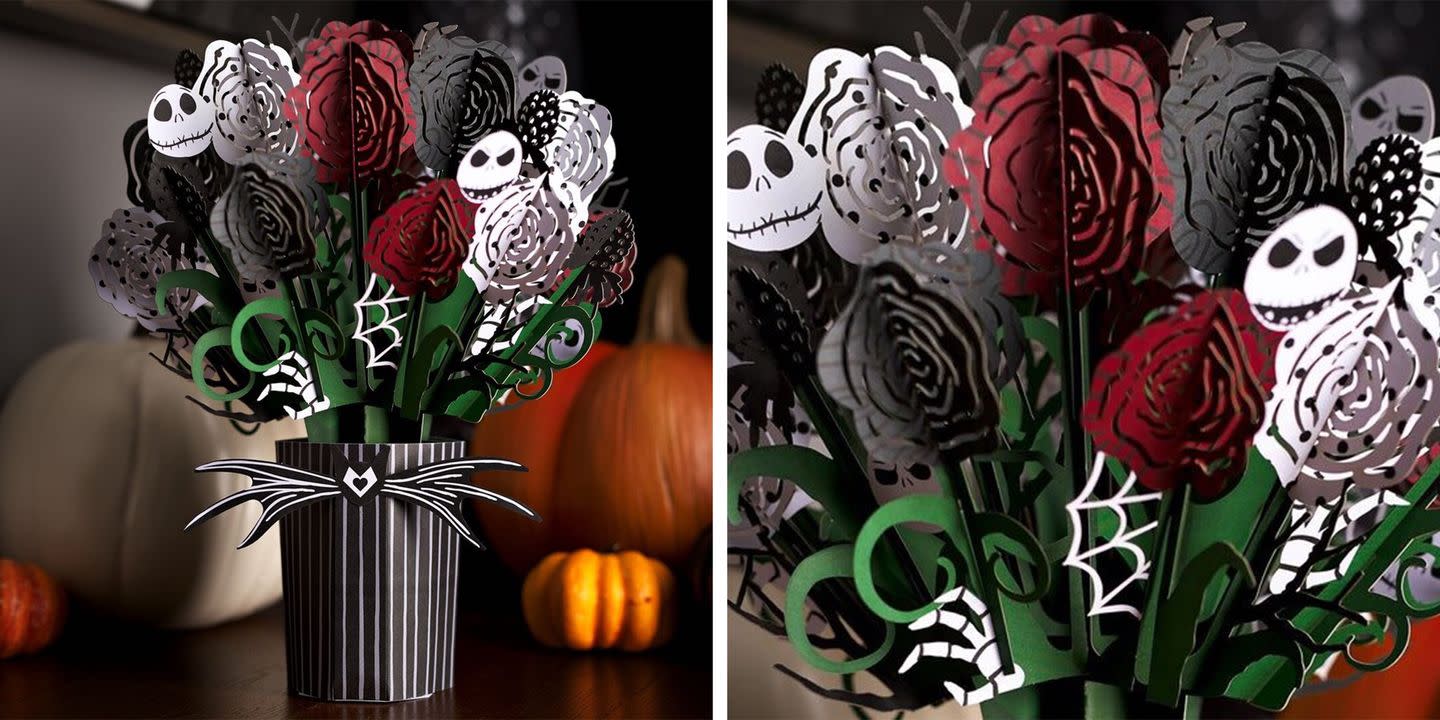 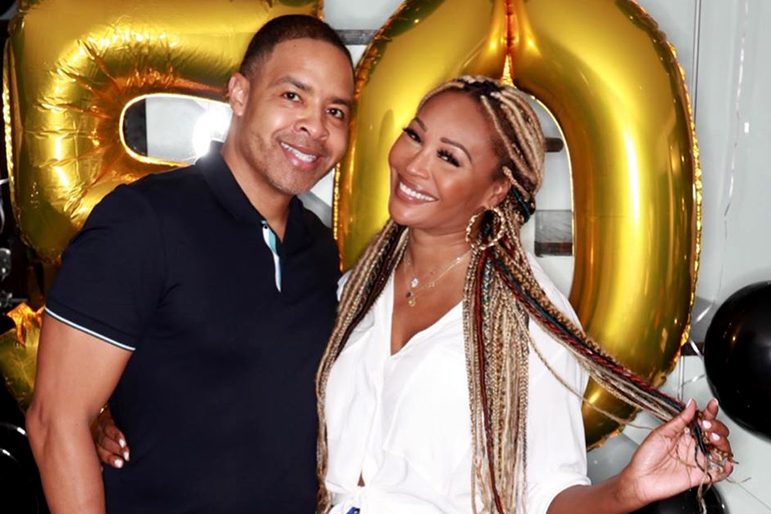 Cynthia Bailey and Mike Hill’s Wedding: Peek at the Decor